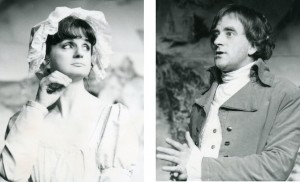 The theatre company was founded by Simon and Jacky Barnes in 1976, who opened the Llandovery Theatre in 1978, and have written, performed, produced and directed over 100 new plays and scripts, working with professional and community actors and hundreds of children, specialising also in literacy and drama workshops for children and young adults with learning disabilities. 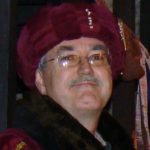 ROBERT BARNES
Bob – joined the Theatre company as Trustee in 2010.  His career is in computers, and when asked what that means replies:  I have ideas!  Married to Susan, he has two daughters, and she two sons and a daughter, and at the last count – 7 grandchildren between them.  He joined the Theatre team following the death of Simon Barnes (his brother) and edits the Theatre Web Page and acts as publisher for the books and plays we are currently producing.  He has also been on stage with us, a criteria for every Trustee – playing a Councillor in the pantomime Sinbad Sailors. 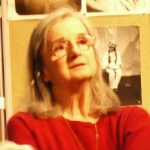 JACKY BARNES
Jaqueline Harrison has been director of the Theatre Company , with her husband  Simon since 1976.  Together they have written and performed over fifty new plays as well as working on classic projects with professional, community and youth actors, and  specialising in work with young adults with learning disabilities.

She has been writing (five years) their Theatrical Memoir WHAT COUNTRY FRIENDS IS THIS? published September 2016 and  her first novel Vigil for the death of innocence  published April 2017.  She writes poetry and lives with the Theatre Cat, Horatio Nelson.

JANET THOMAS
Janet first came into the Theatre  playing Mrs Bennet in Pride and Prejudice – she was nine.  Since then she has been a wonderful friend and dedicated performer with the Company, appearing in numerous Festivals and pantomimes, including the Jelly Baby Youth Theatre Company in 1987 Festival.  She works in London, is married to Steve Cox, and they both recently performed in readings from Simon Barnes’ comic novel – Darkly Flows the Taff.

Adopted 1945 and lived with his Mother in Prerow on the Baltic Coast of East Germany.

By 1950 he and his Mother crossed into West Germany, by pretending they were just visiting the zoo in West Berlin, (which the Russians permitted) and staying. But their ‘escape’ was without any belongings of any kind. In 1953, they emigrated to England.

By 1973 Thomas arrived in Wales – mission to set up and build a Camphill site for the education and sustaining of young adults with disabilities.  Administrator and leading entrepreneur for over 30 years.  Currently has his own company Bristol Houses, which provides accommodation for people who have support needs.  He is married to Daria, and together they have three sons – plus Thomas has another seven from previous marriages.  He has been friend and adviser to the Theatre Company since 1976, and became a Trustee in 2016. 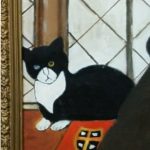 Llandovery Theatre Company is a Registered Charity No. 504679.